Rebel Lyons got married at age 24. She completed a Bachelor of Fine Arts (Drama) at QUT in 2019, and was the assistant producer for Woodford Folk Festival in 2019/20. Her performance credits include A Clockwork Orange with Brisbane Arts Theatre, Z24 and B Movies Live! with Lightning Bolt Creative, the web series Deep Probe 7 with Faux Facade, performances at Wham! Bam! Cabaret Slam! and For the Record, and her one woman cooking show “Hope Ya Hungry” in Betty Grumble’s variety show Grumble N’ Friends. Rebel has also toured a three-person Rocky Horror Floorshow, Bogan Bingo, and ReBeL BiNgO! around Queensland, competed in the Common People Dance Project Rock Eisteddfod 2019 and 2020, and completed an internship with the Brisbane Academy of Musical Theatre. Rebel Lyons got divorced at age 24, and SAME PENIS FOREVER is her debut one woman show. 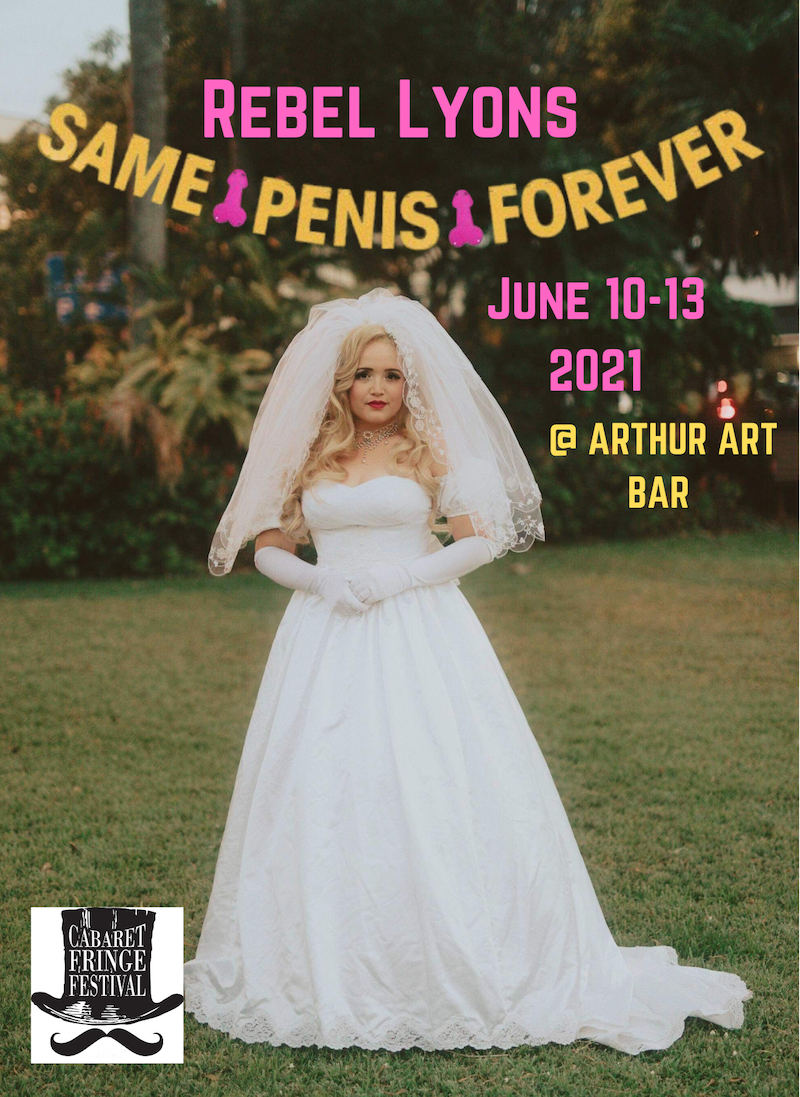