Creating a Cabaret Fringe Festival was the vision of the late Frank Ford AM, father of the Fringe and founder of the Adelaide Cabaret Festival. Conceived in 2001 as the ‘enfante terrible’ precocious sibling of Frank’s Cabaret Festival, it was strongly supported by then Arts Minister, the much-loved Di Laidlaw. Intended by Frank as a non-curated open-access affordably priced experimental platform, where emerging talent could cut its teeth on courageous audiences in venues in Adelaide’s West End, It was initially assisted by Arts SA through the Adelaide Festival Centre Trust and presented alongside its main stage Cabaret Festival.

When the AFCT dropped the Cabaret Fringe Festival, Torsten Meyer picked it up and presented its second incarnation in 2003 at his delightfully seedy Weimar Room on Hindley Street.

Fast forward to 2008 when brothers Paul and Adam Boylon with Jay Robinson and Frank’s blessing staged the Cabaret Fringe Festival’s third incarnation. Initially staged at La Bohème cabaret bar the festival grew to include other venues around Adelaide increasing in popularity and size each year.

When La Bohème closed its doors in early 2019, the Boylon brothers teamed up with arts mover and shaker, Greg Mackie OAM to establish a great little board and so now Cabaret Fringe is in its fourth incarnation. A year later, Covid shut everything down – but now we’re back and we’re here to play! Joined by respected arts identities: former Exec Director of Arts SA, Alex Reid PSM; successful businessman, Mark de Raad from ArtFuel and I-Nex Corporation; cabaret singer and governance expert Alison Kimber, the board is rounded out by dancer-cum-accountancy services Principal, Lauren Thiel from The Real Thiel. Lauren produced the 2019 Adelaide Cabaret Fringe Festival with just six weeks lead-time and reprised the role in 2021. 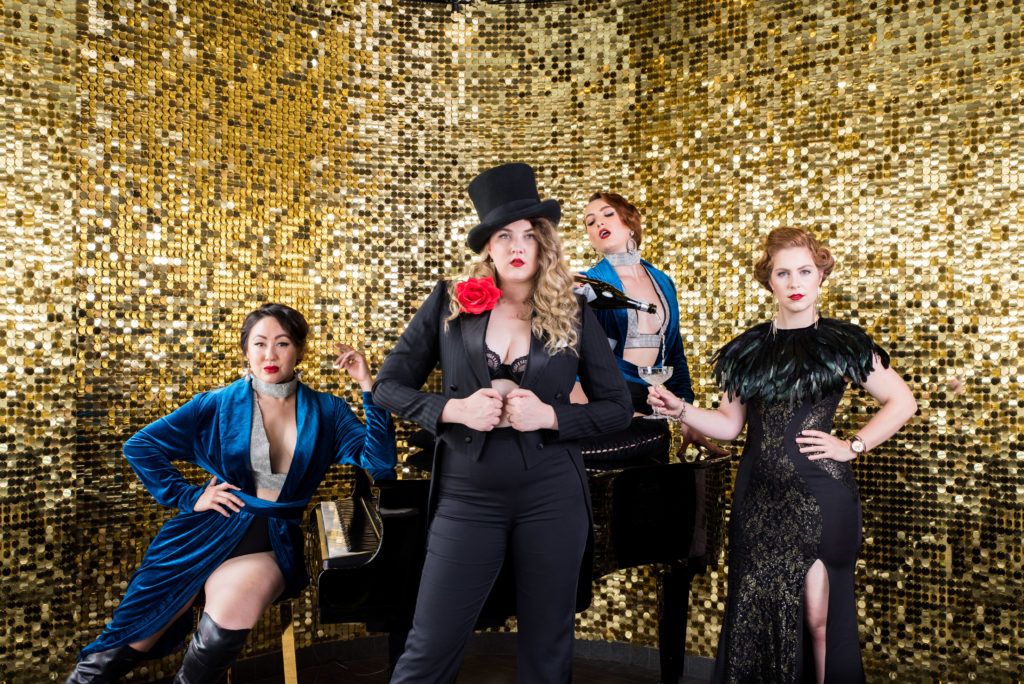 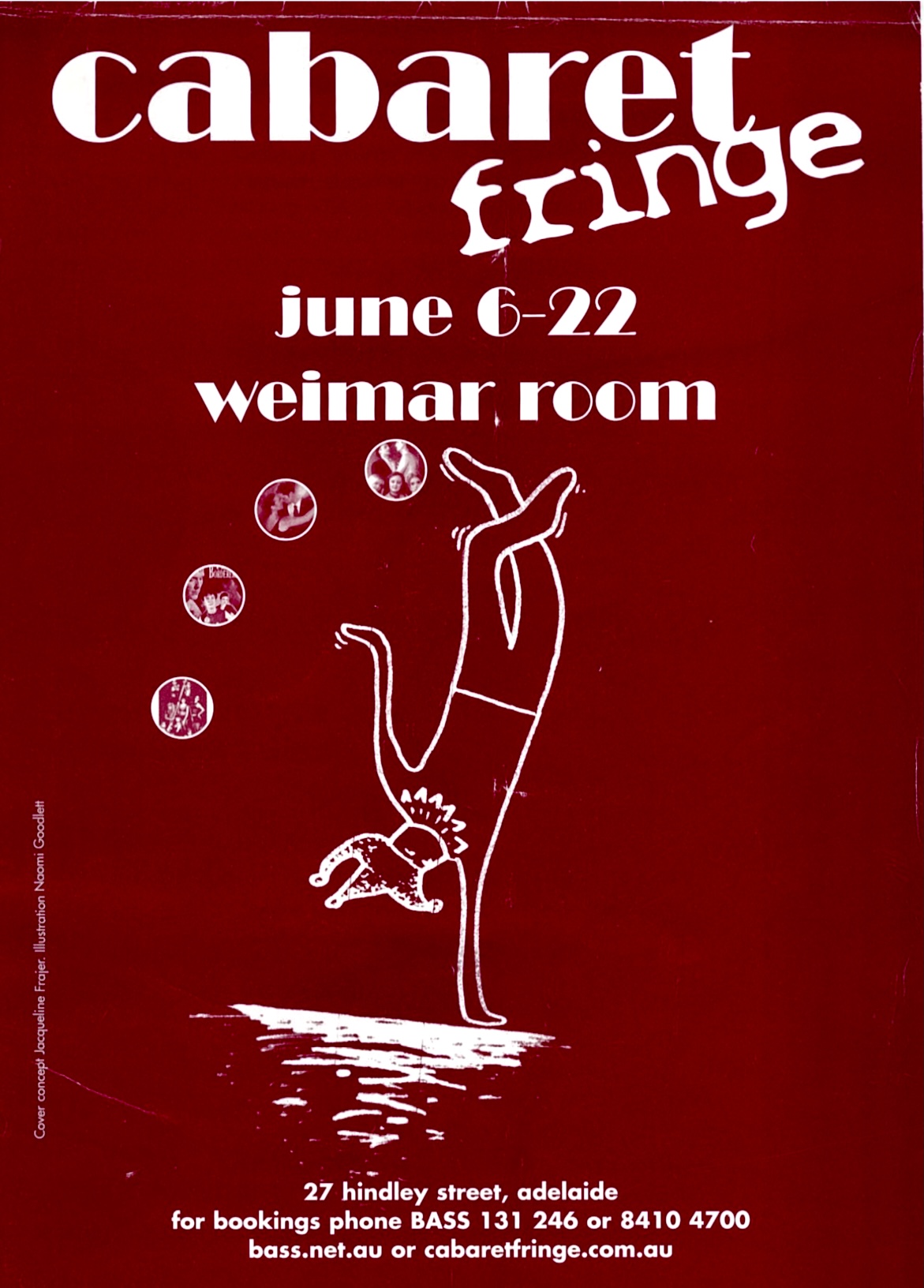 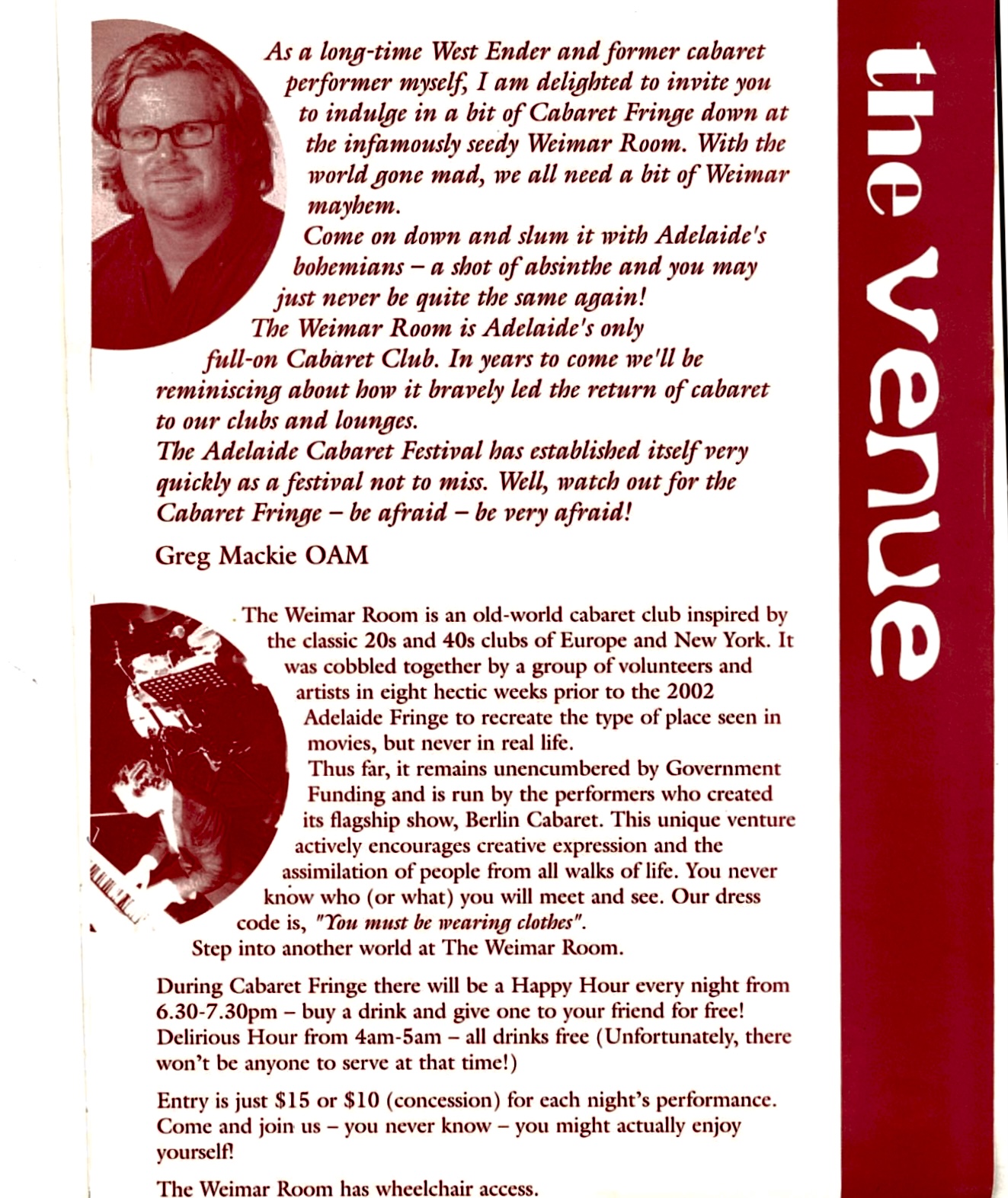