The Cabaret Fringe Incorporated Association creates open-access events and other opportunities for cabaret artists, producers and others to present their work to both city and rural audiences in South Australia, and beyond. This is achieved through an annual festival, as well as other programs and projects.

We will seek to attract partnerships, sponsorships and philanthropy to support the development of Cabaret Fringe and its ventures.

The Cabaret Fringe is a non-discriminatory, inclusive, safe and welcoming Association for all its Members and stakeholders. It conducts its activities in compliance with the law, at a minimum, and endeavours to always be honest, and fair in all its dealings. 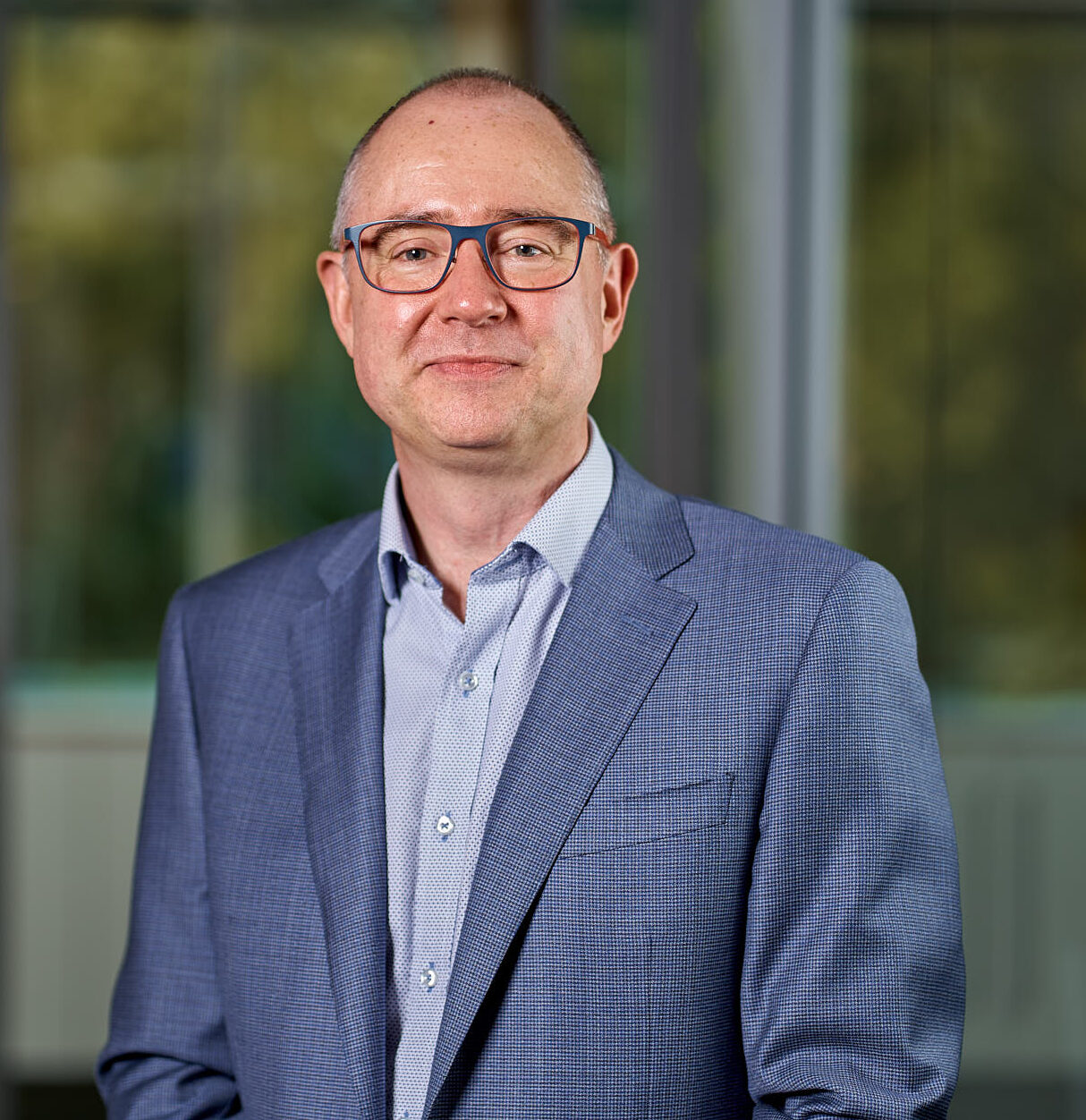 Mark de Raad is a company director, a consultant to the Australian NFP and Arts sector, and a supporter and philanthropist of many projects. He also holds several President and Chair roles with small to medium arts organisations.

Passionate about providing opportunity and support for performing artists in this state, he enjoys especially seeing the fruition of creative and emerging energy making something new. 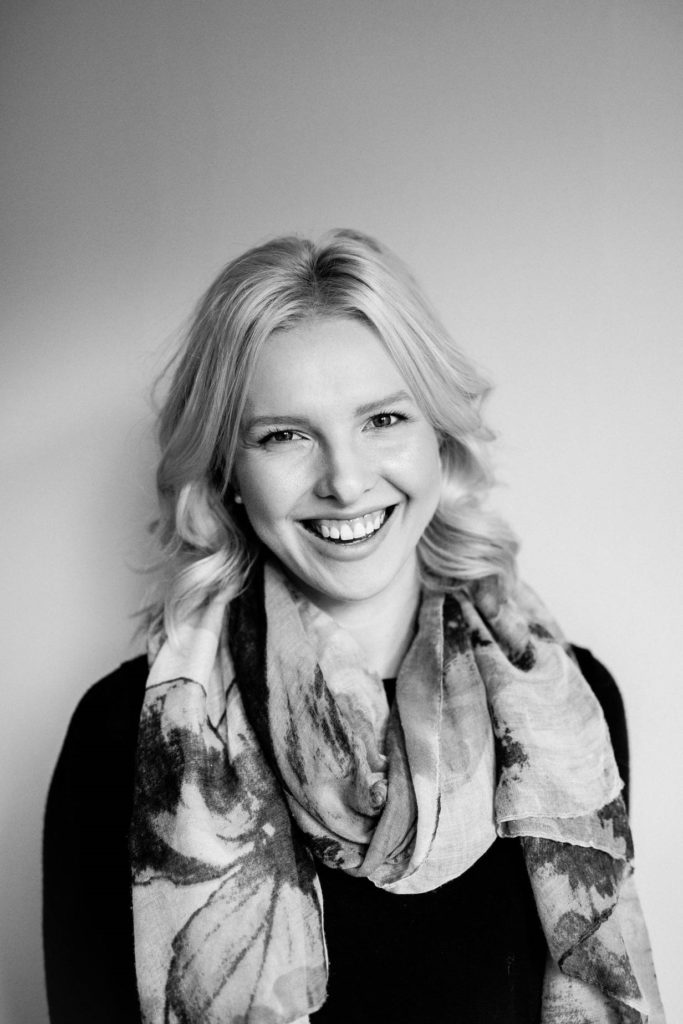 Lauren Thiel is a Chartered Accountant and Registered Tax Agent, with a passion for the arts and small business. A performer since before she could walk, Lauren contributes to the industry both on and off stage. She has a Bachelor of Tourism and Event Management, and a Bachelor of Commerce (Accounting). She co-founded her first Company, a dance school, in 2015, and her next, The Real Thiel, in 2016. The Real Thiel is a boutique accounting firm, providing tax, accounting and advisory services to creative small businesses. In her spare time she loves to dance – Lauren may very well be the only accountant who also knows all the moves to Beyonce’s “Single Ladies”!

In 2019 Lauren joined the Cabaret Fringe Festival as an inaugural Board member, and as Producer of the festival. She worked alongside all of the venues, artists and with the publicity team to create successful festival! 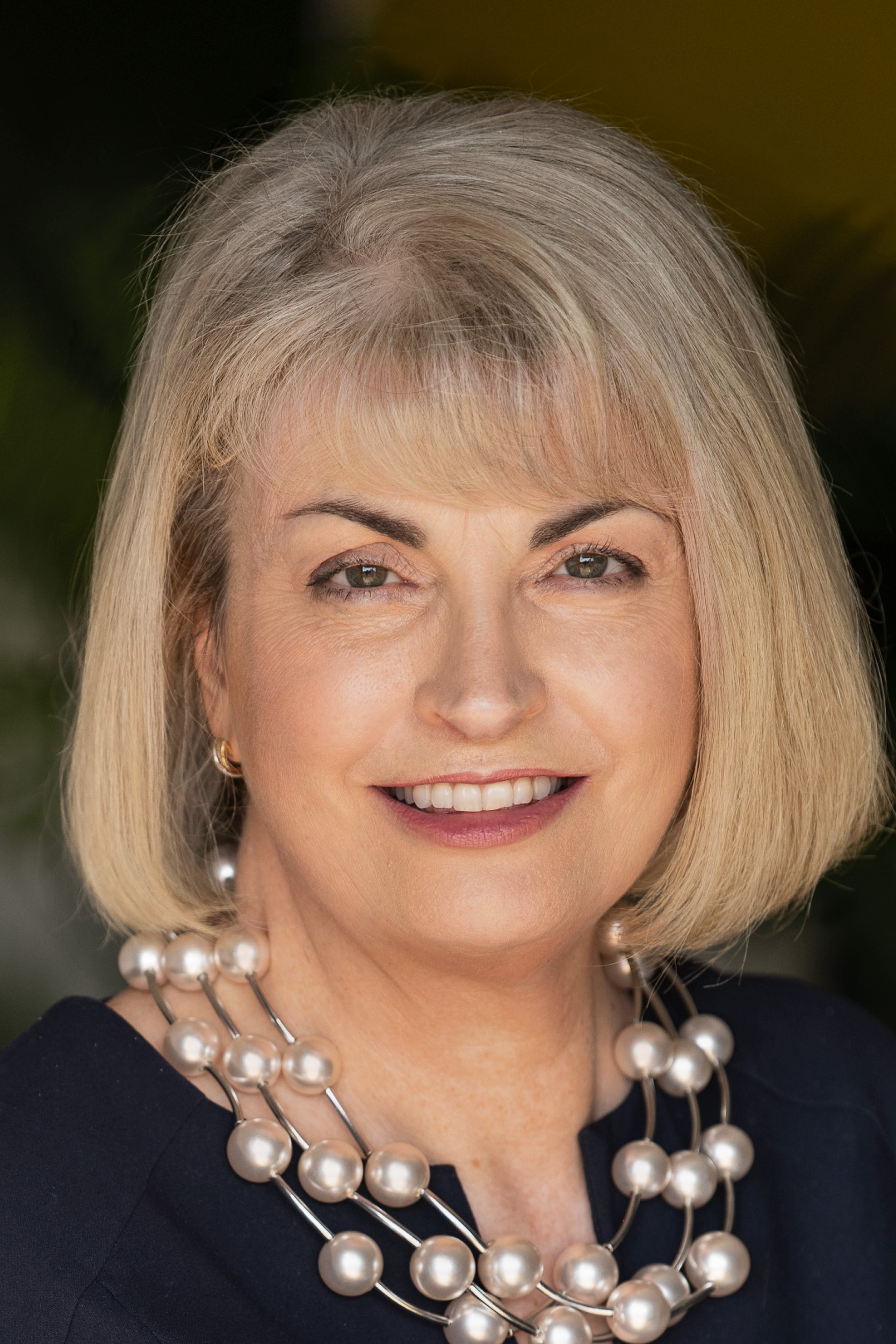 Alison Kimber is an experienced executive, Chair and board director with more than 30 years’ experience leading major reform in finance, government and the not-for-profit sector. She is also a singer and cabaret performer with a keen interest in the arts.

Alison’s current board positions include Chair, Uniting Care Wesley Bowden, and board member of Super SA and the ACT City Renewal Authority. She is also a member of the SA/NT Council for the Australian Institute of Company Directors. 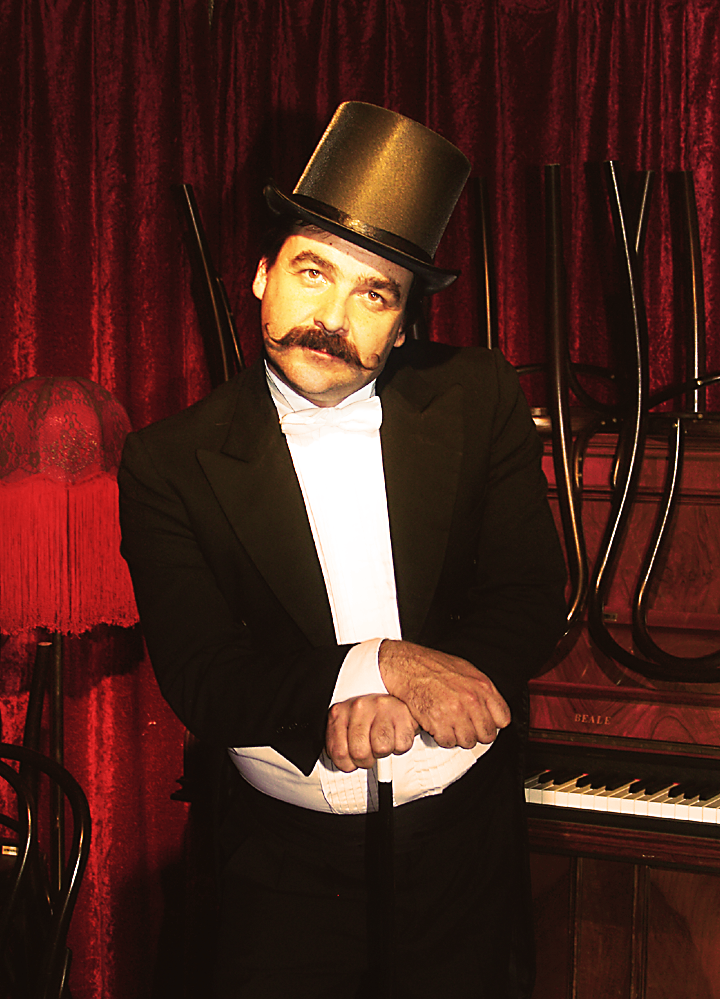 Paul is founder of the Cabaret Fringe Festival and previous owner of La Bohème. He opened the arts venue La Bohème in 2005 with like-minded business partners. As Venue Manager and Program Coordinator, Paul has strived to fulfill his dream of a continuous cabaret venue in Adelaide. He has gone on to create a space that not only offers a stage for existing shows but supports local artists in the creation of new works. Paul and Co. pride themselves on making the space accessible for artists and this in turn has encouraged artists from all levels and genres to express themselves and their ideas through the unique art form of cabaret.

In 2008 Paul co-founded the Cabaret Fringe Festival, which grew rapidly from modest begins in a single venue to this year welcoming 14 venues and running for the entire month of June. The Cabaret Fringe Festival provides a forum for all artists to show their talents, and Paul is proud to continue to show the arts-going public that we have a wealth of talent here in the state. 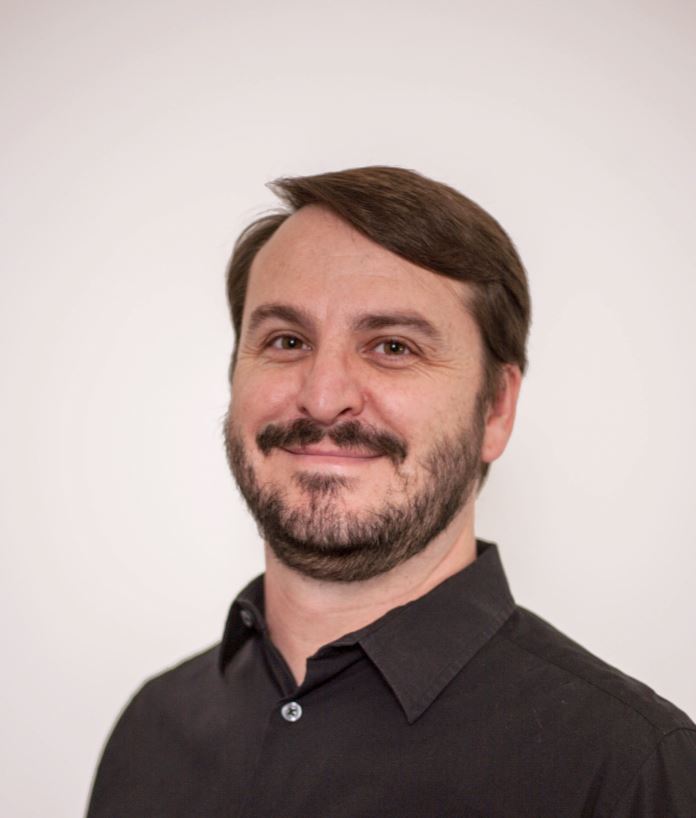 Adam Boylon is one of the founders of the Cabaret Fringe. His graphic design and printing background helped shape the original logo and programme style. Now a Director for Bespoke Hospitality he works back of house in production and logistics for events in both corporate and the arts sector.  He has a passion for supporting local and emerging artists. 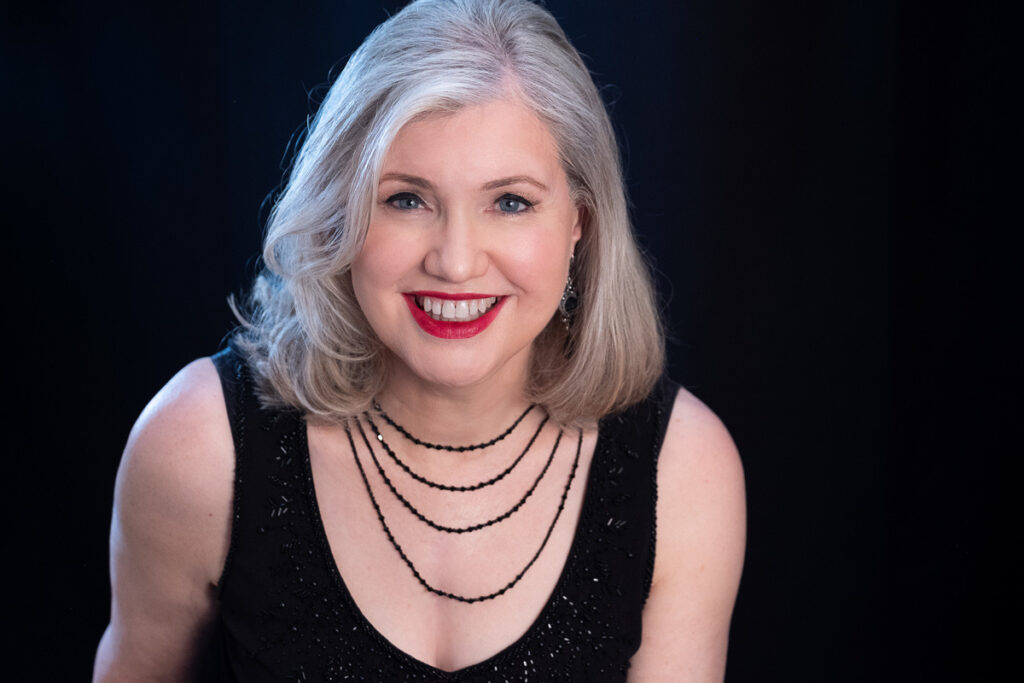 Shelley Dunstone is a former commercial lawyer turned cabaret performer. She has previously served on two South Australian Government boards. Since 2010 she has been creating, producing and performing original shows, including ‘The Confessions of a Wannabe Bond Girl’, ‘Adventures with a Brazilian’, ‘Unbreak My Heart’, ‘A French Romance’, ‘Non-stop from Brazil’, ‘Le grand Legrand’, ‘Memories of Brazil’ and ‘Wanderlust’. In 2015 and 2016 she performed in Brazil, including a two-hour show at the historic nightclub, ‘Beco das Garrafas’ (Bottles Alley) in Copacabana, Rio de Janeiro.

Shelley is also a legal educator, and is a conference keynote speaker on the topic of achieving audacious goals. 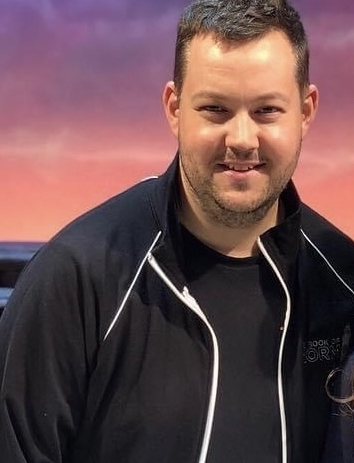 Ben Finn is an Arts Executive with broad International experience. He has worked with The Really Useful Group (Asian tour of The Phantom of the Opera), Cameron Mackintosh (Broadway revival of Miss Saigon), and many other Regional/Broadway productions and developments with Foresight Theatrical in New York. In Australia, Ben worked with Newtheatricals (Jersey Boys, Rock of Ages, and The Addams Family), Arts Asia Pacific, Adelaide Festival Centre, Urban Myth Theatre of Youth, and most recently as Company Manager for the Sydney season and Australian tour of The Book of Mormon. As a freelance Producer, Ben co-created Kurt with Justin Burford (End of Fashion) for the Adelaide Cabaret Festival, and toured Broadway performer Shoshana Bean.

Ben trained at the Victorian College of the Arts (Music Theatre) and was a featured in the SBS/Dinosaur TV series Danger 5. In a former life, Ben performed the first ever cabaret show at the former La Boheme bar and participated in the third incarnation of Cabaret Fringe in multiple performances. Ben is currently Executive Director for Adelaide Youth Orchestras (Best Music Educator at 2022 South Australian Music Awards and nominee for Verdi Requiem at 2022 Ruby Awards). 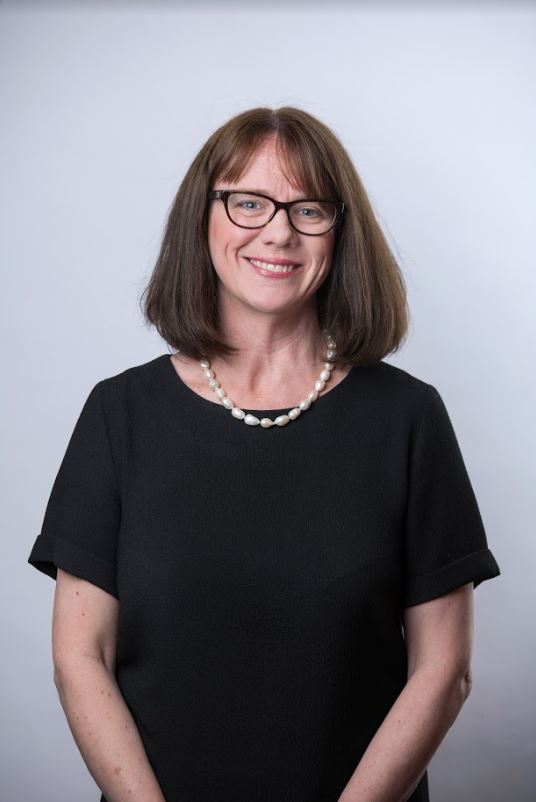 From December 2017 until February 2019 Alex was Interim Chief Executive, TAFE SA and was responsible for overseeing TAFE SA’s new quality system, while also ensuring the organisation delivered vocational education and training to thousands of students across South Australia.

Prior to this position, Alex was Deputy Chief Executive with the Department of State Development integrating the work of the Department across multiple industry sectors in support of the State’s economic development.

Earlier in her career Alex filled the roles of Group Executive Director, Arts and Cultural Affairs (including Arts and Cultural Heritage, Aboriginal Affairs and the State’s Capital City Committee) and Executive Director, Arts SA, in the Department of State Development and Department of the Premier and Cabinet. Prior to commencing work at Arts SA Alex spent many years in regional and remote South Australia as an Arts Officer with Country Arts SA.

Trained as an actor at the Flinders University Drama Centre, Alex has always valued the role of art and culture in community and its ability to advance creative economic development and social change.

Home » About Us & Our Story » Meet The Board